I was very excited to find a contributor’s copy of Genesis and Christian Theology in my mailbox yesterday. The book has, at long last, been released by Eerdmans and is available for voracious and inquisitive readers everywhere. 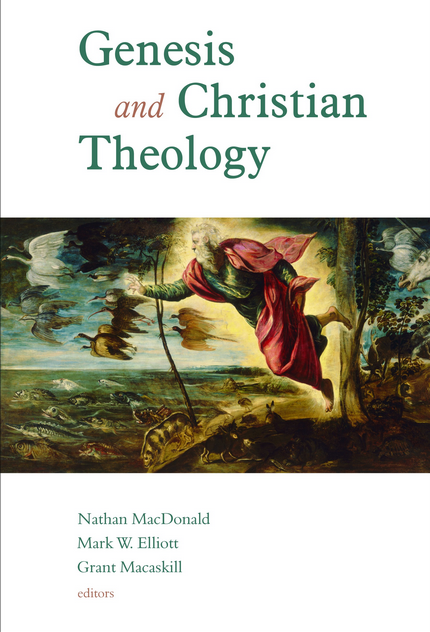 Among a host of other fine essays, the volume includes my piece, “Gregory of Nyssa on Language, Naming God’s Creatures, and the Desire of the Discursive Animal.” Here’s an excerpt/summary:

In this paper I take Gregory’s emphasis on Genesis 2:19-20 as a starting point for examining the way in which Gregory’s account of language [in Contra Eunomium] structures his theological anthropology, particularly insofar as language is implicated in Gregory’s articulation of the differences and similarities between humans, animals, and God. I contend that while Gregory explicitly uses language to distance/differentiate the human from the animal and to connect/ compare humanity to God, Gregory’s careful attention to the limits of language sets up a basic structural parallel between human and animal life focused on the orienting and compelling power of desire. In light of this parallel, both God’s image and God’s redemption of humanity can be seen as events that stand open to the animal rather than points of differentiation and exclusion.

Many thanks to Nathan MacDonald, Mark Elliot, and Grant Macaskill for all of their editorial work, and to Eerdman’s for publishing the volume!